A functional guide to semi-automatic looms 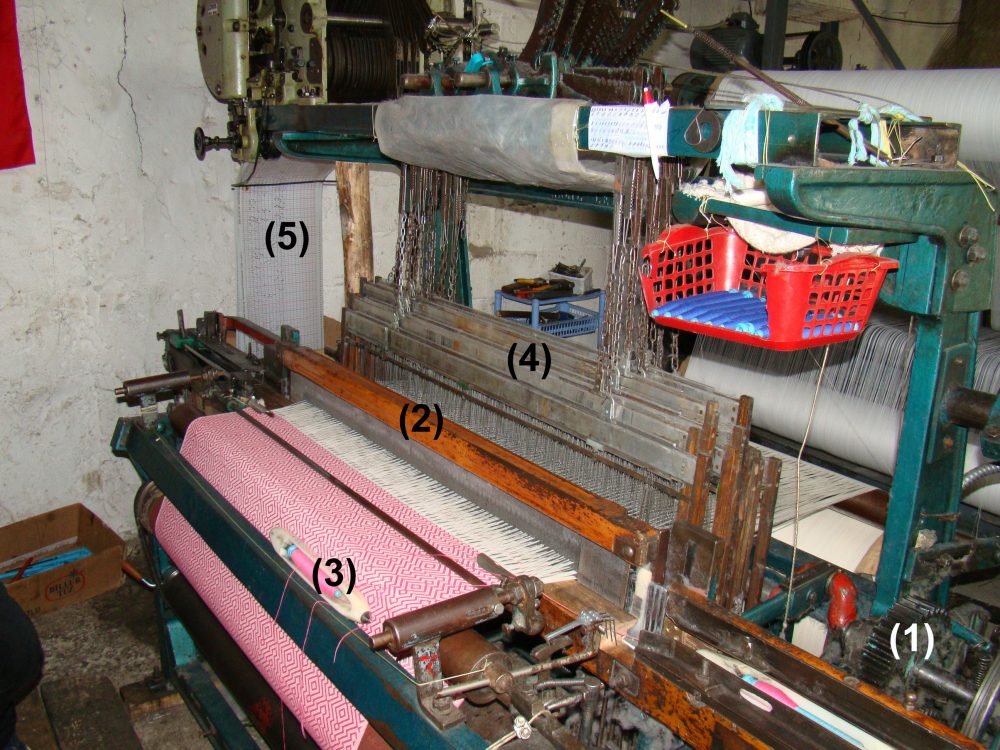 Known in Turkish as “Kara Tezgah” - a “Black Loom”. In English- I use the descriptive term semi- automatic loom because, despite its mechanical drive, a lot still needs to be done by hand. For example the frequent change of the spooled threats (on the bobbin) in the shuttle, which requires switching the loom on and off. Also, the loom needs to be constantly monitored, as there are often irregularities that need to be corrected.

The following video serves as your functional visual guide to show how the black loom works. Treat you’s Oktopus- Pestemal is being woven. Click on the image or here The electrically powered dynamo-propulsion engine (1) on the right-hand side rotates the two gears, which in turn drive the three various basic movements of the loom:

The desired pattern is thus woven row by row.

On the left hand side is the punch card (5)which defines the pattern of the pestemal. The design is punched into the card and mechanically scanned. Depending on the pattern on the punch card, the mechanism on the upper part of the loom is lifted and the appropriate shaft with the attached heddle is moved up and down, thus weaving the pattern.

The semi-automatic loom or then called power loom was invented in England in the 18th century, and was driven at first by hand, later by steam engine.
The punch card looms, which include the well known Jacquard loom, made an important contribution to industrialization of textile production. The punch card system helped lay the foundation for modern computer control technology in general and, as such, gave rise to the fully automatic looms capable of producing thousands of fairly complex patterned towels per day.